Kevin has been studying martial arts for most of his life. He started training karate at the Hidden Teachings dojo in 1995 under the instruction of the dojo's founder, Kyoshi Michael Cline.

In 2020, Kyoshi Cline passed ownership and operation of the Hidden Teachings dojo to Kevin and, with the help and dedication of our senior instructors, core students, and Kyoshi Cline's generosity, the dojo weathered the pandemic and is thriving once again.

Kevin is the owner of BRAVE, a brand strategy and creative studio. He also serves on the Board of Directors for the North Dakota Archery Alliance and the Sandhills Archery Club.

Kevin is available for private lessons.

I started training in 1995.  During my search to find a martial art I found RyuTe and found I really liked the flow on how the techniques I learned made sense.  To me finding something I could use, but was also something that was realistic in what worked and what did not was important.  I like being able to research some of the weapons or katas to work on different techniques that are hidden within the katas and learning how to continually improve them.

While not training I enjoy to spend time with my family, spending time at the lake, and hunting.

My martial arts journey began in the mid 80's when I attended Shotokan classes at Northern State University in Aberdeen, SD. In 1988, I moved to Moorhead, MN to finish my Bachelor’s degree at Minnesota State University Moorhead (MSUM). While at MSUM, I started training in Taekwondo. In 1990, I had the privilege and honor of taking my first belt test in front of Grand Master Moo Yong Yun and I also competed in Grand Master Moo Yong Yun's retirement tournament. In 1991, I began training at a dojo that initially taught a potpourri of Okinawan, Japanese, and Chinese martial arts but soon became an official school of Shorin Ryu Matsumura Kenpo.  While training in Matsumura Kenpo I had the privilege and honor to attend seminars with the founder of Matsumura Kenpo, Grand Master Yuichi Kuda. I achieved a rank of Nidan in Matsumura Kenpo, however, life events took a downward turn and the local dojo closed so I began training in Judo.
‍
Then in 2002, I walked into the Hidden Teachings Dojo, at that time located off Main Street in Fargo. I have been training there ever since. The training is true old-style Okinawan martial arts. The techniques are used for true self-defense and life protection. Kyoshi Michael Cline, Renshi Kevin Tobosa, and Renshi Scott Kasprick are all very passionate about the art and continuing Taika Oyata’s mission to spread the life protection knowledge contained in Ryu Te Renmei. Meeting Taika Seiyu Oyata while attending seminars and testing under his instruction was a great honor and privilege. I have been so very blessed with the instructors I’ve had throughout my training.
‍
Along with martial arts, my life’s journey currently includes caring for 9 parrots (3 macaws, 4 greys, 2 cockatoos). I also assist with the operation of one of the largest mesonets in the US by maintaining a network of weather stations in North Dakota and surrounding states.

Matt Bernier has spent the last 20 years studying Ryu Te Renmei karate at the Shin Ken Kan dojo.
Matt received his rank of Godan in 2008 as well as having the honor of being invited to join Oyata Shin Shu Ho Ryu, Taika Oyata's family art. Recently, Matt also tested to become only a handful of Ryu Te Renmei Certified Regional Instructors. These people are authorized by the Ryu Te organization as being qualified to teach regional seminars and help to pass on Taika Oyata's art.
‍
Aside from Matt's love for the Ryukyu martial arts, he is an avid hunter, woodworker and graphic artist. He is also the father of two small children and a family man, he loves seeing the spark and light of understanding when people begin to learn something new. As well as creating a learning environment that is safe yet challenging for both adults and children.

founder of the hidden Teachings dojo

Kyoshi Michael Cline who currently resides in South Carolina, began his martial arts training while in High School in 1973 at a small Japanese karate school in his home state of Kentucky. After graduation, he entered the US Army as a Military Police officer and was sent to his first duty station in Korea. He continued his martial arts training throughout a six year tour in the service. After leaving the service he continued to train in other Japanese martial arts before beginning a life long journey with Taika Seiyu Oyata in 1984.

In 1987, Michael opened the Hidden Teachings Okinawan Martial Arts School in Fargo, North Dakota and has been passing the teaching of Taika Oyata on to the public ever since. In 1994, Michael was one of the original group of loyal students asked by Taika Oyata to become a member of Oyata Shin Shu Ho Ryu®. In February 1998, Michael was one of seven students asked to accompany Taika Oyata to the Budokan in Tokyo, Japan to perform a public demonstration of Ryute and weapons.

In 2020, Michael retired from his work as a Defensive Tactics Instructor for law enforcement officers and as chief of police for the city of Glyndon, Minnesota. He continues to train with other Ryute practitioners and leads a seminar in Fargo every June. 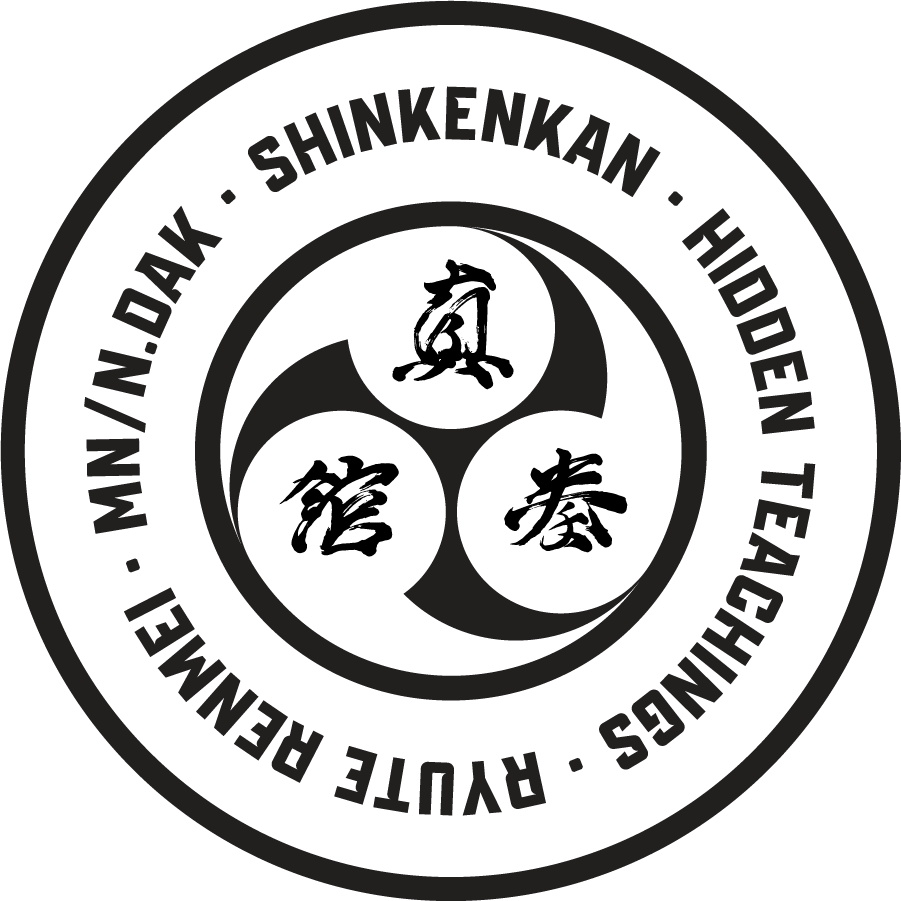